Stephanie
Reading books for young people since I was one.

I want to go there

To Tumblr. You can find me at stephaniedoig.tumblr.com, where I am still doing book-related things but doing a lot of sillier stuff, too. I'm going to leave this active for at least a little while, but don't plan to post here. Thanks for reading!
Posted by Stephanie at 10:21 PM No comments: Links to this post

May I Direct Your Attention To...

(I was thinking of writing a blog post on this, but Smart Bitches did it better.)
Posted by Stephanie at 10:29 PM No comments: Links to this post

Anyone else experiencing a touch of the winter blues? I miss going outside without putting on five layers of outerwear first. I miss open windows and fresh air. In winter I am sleepy more often than not, and it takes a lot to convince myself to do anything that isn't work or other impossible-to-avoid responsibilities. I eat too much. Generally winter blues. Nothing serious, I am just taking a moment to be a downer and also trying to get it out of my system.

All this is to say that I am sti 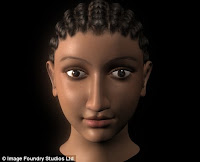 ll only halfway through Cleopatra. I am actually loving it, but I am usually a much faster reader than this, even with nonfiction. I am getting antsy to finish it, not only because I want to see what happens, but also because I miss fiction. (I particularly miss YA, which I blame on the many talented YA authors I follow on twitter, and how fun their lives seem.)

I used to love history in high school, but for whatever reason, I never could get into ancient history as much as more recent events. And then in university my interest waned, due partly to a horrible history professor (I don't like to disparage professors, but some of them are terrible, and this one really, really was) and partly to general un

iversity-era upheaval that turned me briefly into a less nerdy (and less interesting) person, one much less likely to spend time learning things outside of classroom hours. Anyway, prior to starting Cleopatra, I could remember snippets of Egyptian history but nothing truly useful. My knowledge of Cleopatra was basically composed of our collective pop culture history (Elizabeth Taylor! Seduction!) combined with a dim recollection of the boating-down-the-Nile scene from Antony and Cleopatra (also arguably pop-culture history). So I was both interested and a little worried about this book. What if the history went over my head? I didn't want the book to talk down to me or anything, but I also didn't want to be lost the whole time.

I had nothing to worry about. So far (again, only halfway through), Schiff has been a wonderful storyteller, balancing history with drama with a present-day caution. The caution is because we actually know very little indisputable fact about Cleopatra. Papyrus was not a terribly sturdy medium, and so almost all accounts of her were written after her death, by people who never knew her and were either poets, writing with an eye to drama, or historians with a decided bias for or against (more often against). And so the beautiful seductress Cleopatra was born, in order to explain away a woman's unprecedented success in politics. Schiff sorts through the different accounts and gives a reasonable and engrossing account of what we can assume was her life.

This book is interesting both for how it debunks a lot of popular myths about Cleopatra (obviously the biggest being that she slept her way to the top; tho

ugh it is clear she had sex with Caesar and Antony because she bore their children, her other conquests appear to be solely political) and for how it makes history fun! (OK, I'm really sorry for that, but it DOES!) I've been a slow reader because I am reading it pretty much exclusively on my commute, but I am excited to see how the rest of her life turns out. I'm betting on dramatic and tragic! Also luxurious.

You would think that since we've made Cleopatra into a beautiful, glamorous and sexy woman in pop culture, the real thing couldn't possibly be better, but she really is. I'm not surprised; a powerful woman is always interesting, and Cleopatra was the most powerful woman of her time.

What did you do this weekend? It is pretty much too cold to function here in Toronto, yet for some of this weekend I actually managed to leave my condo and do things.

On Friday I saw The King's Speech, which was fantastic. Colin Firth definitely deserved that Best Actor Golden Globe—at times I had phantom throat pain watching his character struggle with words. A touching story, wonderfully acted. Plus there is the fun bonus of getting to see all your favourite British actors in one place. It was like a Harry Potter reunion in there. 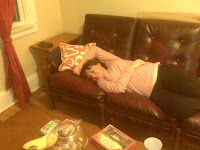 home of Vicki Essex, our neighbourhood favourite romance novelist (look for Her Son's Hero in July!). A board games party, you say? What a bunch of nerds. Well, obviously. If you're not interested in settling the grand nation of Catan, then I am not interested in you. It was kind of exhausting, though. Pic courtesy of this lady.

Today I stayed in and did absolutely nothing. I have to make some concessions to the cold, you see. Tonight I plan to work on some writing. Happy weekend!
Posted by Stephanie at 7:44 PM 1 comment: Links to this post

I recently became aware of this great contest challenging kids to recreate their favourite Newbery-award-winning books in 90-second videos. The deadline isn't until September, so it might be a while before we see the winner, but for now here's one video to make you laugh.

"A Wrinkle In Time" In 90 Seconds from James Kennedy on Vimeo.

Pretty great, right? For more info go here.
Posted by Stephanie at 7:11 PM No comments: Links to this post 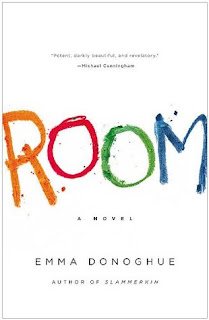 Room was a very buzzed-about book in the fall of 2010. It is the story of a young boy born in captivity and his unique view of the world. His mother was kidnapped at the age of nineteen and has been repeatedly raped by her captor, resulting in the birth of Jack. The room her captor has fashioned for her is the only place Jack has ever known, and to make things easier his mother has told him that Room is the real world and everything they see on TV is Outer Space, not real.

I have read a few books written from the point of view of a child, and it takes extraordinary talent to do it well. Donogue manages to not only write convincingly as Jack, but to do it at a fast pace and in present tense. That's like a writing hat trick! If I had been able to slow down long enough to formulate thoughts beyond "Wow, this is good, what happens next?!" then I would have been envious. (I have had plenty of time to be envious since then, and believe me, I am.) I started this book on my commute into work one morning, and finished it before going to bed that night. It is heart-wrenching, dark and uplifting at the same time. Should you read it? Absolutely.

[This book is part of the Bestsellers 2000-2010 category of book club.]
Posted by Stephanie at 8:57 PM No comments: Links to this post

[Avid readers may remember that I had planned to read ten books in ten months, with one book per category per month. There has been a small change of plans: I still plan to read a book from each category, but I've decided I can do them in whatever order I want, since I am the boss of me, na na nanana, etc.]

So, I'm fudging the rules a bit with this one, since technically I started reading it in December 2010. But because I read the majority of the book in January, I'm going to go ahead and count it.

I loved this book. I actually bought it a long time ago but somehow never got around to reading it until this month, and I am really happy I did. A multigenerational tale of immigration, assimilation, and identity, this book transitions flawlessly from sharp, insightful humour to touching drama. Samad, a Bengali man with a flair for language but, unfortunately, the wrong-colour skin for 1975 London, struggles to find glory in his ho-hum job as a waiter in his cousin's Indian restaurant. His only friend, Archie, starts the book off with a suicide attempt that is, darkly, hilarious, and almost immediately regains his zeal for life via the cure-all of a willing, attractive, younger sexual partner. The book follows the men as they marry much younger women, have children, and spend their days reminiscing about the past and, in Samad's case, actively fighting the future.

I won't say too much more, but I highly recommend this book. It is unbelievable that this is Smith's first novel; her talent is remarkable.